Points of Interest Toronto| 15+ Places You Must Explore

Toronto is a vast global metropolis with a story to tell. Each of these attractions and points of interest is woven into the fabric of the city, anchored by their historical significance and connection to the people. Read on and discover how each of these Toronto hot spots contributes to the city’s culture in its own way!

Points of Interest Toronto| 15+ Places You Must Explore

Toronto is a vast global metropolis with a story to tell. Each of these attractions and points of interest is woven into the fabric of the city, anchored by their historical significance and connection to the people. Read on and discover how each of these Toronto hot spots contributes to the city’s culture in its own way!

The Beyond Kensington Market Toronto Food Tour is a great way to discover Toronto's most culturally diverse neighbourhoods.

Tours offered this Fall with Safety Protocols against Covid-19.

Points of interest Toronto: ee the Best of Toronto & Learn Its Stories

Toronto is a fascinating city with countless points of interest. From a small settlement surrounded by woodland it grew into a booming metropolis that now often represents all of Canada on the international stage. The city is home to championship-winning sports teams, architectural monuments, and millions of residents who each shape the city in their own unique way.

Discover Toronto at these landmarks, destinations, and points of interest where you can see the city’s story unfold. Plus, make sure to click through to our other articles to see how rich the culture is in every neighbourhood.

For even more recommendations, check out these 40+ Exciting Things To Do In Toronto that are a little bit more unexpected.

First, lets get the elephant in the room out of the way… The CN Tower is definitely Toronto’s biggest point of interest – even if strictly speaking about scale. The tower rises up 1,820 feet above the skyline and was the tallest freestanding structure in the world from 1975 to 2007. It helped put the city on the map and is still a top-tier tourist destination with its glass floors and new EdgeWalk experience. Thrill seekers, don’t miss it. You’ll get the chance to step outside of the tower to feel the wind in your hair and behold the city beneath your toes.

Toronto is known for being a mosaic of cultural diversity. Get a taste of it for yourself on the Beyond Kensington Market Toronto Food Tour, which takes you through two of the city’s most diverse and exciting neighbourhoods. Along the way, you’ll stop at 7 unique tasting locations to taste good food from around the world. Your experienced local guide will also punctuate the 3 hour walking tour with countless stories, anecdotes, and interesting facts about the area, the city, and their experience living in it. More information about Toronto Food Tour

Another top Toronto foodie destination is the St. Lawrence Market, one of the best closed markets in all of North America. It’s a major farmers’ market featuring over 100 vendors selling everything from fresh local produce on the weekends, to lots of cheese, meat and even artisanally made clothing, jewellery, and antiques. For the full experience, make sure not to miss the iconic peameal bacon sandwich from Carousel Bakery. Mayor John Tory even dubbed it Toronto’s signature dish.

Just beyond the St. Lawrence Market you’ll find the historic Distillery District, a perfect place to connect with Toronto’s past and celebrate its present-day creativity. The pedestrian-only National Historic Site is made up of cobblestone streets and Victorian-era industrial architecture. Together, they make the perfect backdrop to learn about Toronto’s history, especially its darker, booze-fuelled moments. Inside the premises, you’ll find countless shops, artists’ studios, performing arts centres and, of course, contemporary distilleries.

Learn more about the Distillery District

Toronto is home to several unique museums, each a point of interest in its own right. Perhaps the most distinct is the Royal Ontario Museum. A global leader in showcasing world cultures and natural history, its controversial 2007 “Crystal” expansion makes it hard to miss. Art lovers, on the other hand, have a couple of options: the distinguished Art Gallery of Ontario is a favourite for both Canadian and International art through the ages, while the brand new Museum of Contemporary Art is sure to please anyone with an eye for the unexpected.

If you’re looking to dine out in Toronto, Ossington Avenue will not disappoint. The stretch of Ossington between Dundas and Queen is home to a smattering of delectable places to eat. You’ll find fine dining, quick casual options, and anything in between. Some highlights include the family-oriented Greek classics of Mamakas Taverna and farm fresh simplicity of Union, but we recommend just walking along the street and seeing where your heart, and your nose, take you.

7. The Waterfront : a major Point of interest in Toronto

There is so much to do along Toronto’s waterfront, but a good jumping off place is the Harbourfront Centre. This hub by the water has no shortage of cultural programming and offers boat rentals so you can get out on the water, too. Other waterside highlights include the Martin Goodman Trail. The cycling trail spans the shore from east to west, passing by a series of both manmade and natural beaches. Toronto is fortunate to have such a prime location on the shore of one of The Great Lakes, and with several revitalization projects in the works, it’s the perfect time to go out and make the most of it!

Tucked up on a hill above Davenport Road, sometimes its easy to forget that Toronto has its very own castle. The 100+ year old structure was built by Sir Henry Pellatt as a private estate and is the only of its kind in the city. Step inside and be transported back in time by its Gothic Revival architecture and ornate Edwardian-era decor. The building is full of hidden doorways and secret passages, has 98 rooms, a ton of rich history to learn about and… ghosts? If you head underground, a long tunnel to the stables recounts tales of Toronto’s darker past. But don’t worry, the rest of the activities in the castle are supremely kid-friendly. Who wouldn’t want to feel like royalty for a day?

High Park is a natural oasis that’s easily accessible by subway and an amazing place to explore year-round. The park is home to a pool, skating rink, stunning pond, countless trails, enchanting playgrounds, off-leash dog parks and even a zoo… but its peak season lasts for only about a week. Each spring, High Park’s cherry blossoms burst into bloom covering the area with a spectacular soft pink canopy. The spectacle draws in streams of locals and tourists alike so if you’ve missed it, don’t worry. There’s a lot to be said for the chance to explore nature away from the crowds, too.

It may not be the first place to come to mind when thinking of Toronto points of interest, but Leslieville is the perfect example of a local community. Chock-full of amazing restaurants, artisanal breweries and charming shops that cater to both families and hipsters alike, it always seems to be on the verge of becoming the Next Big Thing. The area has the perfect mix of authenticity and character that, together with some trendier spots, bring out the best in Toronto.

Fort York is a National Historic Site of Canada, and an important marker of the city’s history. Authorized by Lieutenant Governor John Graves Simcoe in 1793, the Town of York was built around the military base with contributions from its tenants, The Queen’s Rangers. Shortly after its inauguration, Simcoe moved the provincial capital from Niagara to York because of its protected harbour and better location for defending against attacks. Today, Fort York operates as a museum and is home to Canada’s largest collection of original War of 1812 buildings. Interpretation by the Fort York Guard as well as staff and volunteers brings the historic setting to life.

Part of what made Toronto such an ideal location for a capital were the Toronto Islands, which shelter the harbour from the rest of Lake Ontario. Today, these islands are used for so much more than military strategy. There, you’ll find Centreville (an amusement park for kids), a petting zoo, bike rentals, a haunted and historic lighthouse, a hedge maze, a splash park and a clothing optional beach – as well as one where it’s mandatory! The islands are the perfect place to spend a day exploring with the family or to get away from the city for an exciting date.

Queen West is one of Toronto’s favourite streets to shop around on. Starting at Yonge Street, it extends through several distinct neighbourhoods until it practically hits the shore of Humber Bay. Near Spadina Ave the street is basically an outdoor version of the Eaton Centre with a couple local gems such as Black Market, an iconic vintage store, mixed in. As you continue towards Ossington Ave, you’ll find more trendy boutiques selling clothes, books, records, home decor and more, as well as Trinity Bellwoods Park, the perfect place to relax on a sunny day. Even further west you’ll hit Parkdale a colourful, diverse, up-and-coming neighbourhood. There, indie vintage stores and galleries are mixed with long-standing pubs and delis, making strolling through Parkdale an eclectic and unique experience.

Learn more about Trinity Bellwoods, a stop on the Queen West journey

Welcoming over 300, 000 daily visitors, Union Station is Toronto’s transportation hub, but also so much more. With its rich history and stunning architecture it acts as the gateway to the city. Through the years, Union has played a role in bringing people from all walks of life to Toronto’s core. It still plays an important part in the city’s culture today. Connected to the vast underground PATH network, you’ll find shops and eateries there that provide a real urban culinary experience to both residents and visitors alike. You’ll even find multidisciplinary programming and free public events such as Union Summer, a festival that brings people together at the heart of the city through music, food, film and more!

Speaking of transportation, one of the most rewarding Toronto points of interest is actually getting out of town. There are many worthwhile destinations nearby that are no more than a couple hours away by car, with guided tours offered to some. One such classic is Niagara Falls, a series of waterfalls and monumental force of nature that dazzles the imagination. The neighbouring town is full of kitschy tourist attractions, too, including a wax museum and several haunted houses. Other Southern Ontario destinations include Wasaga Beach (an expansive freshwater beach), Blue Mountain (premier ski hill and resort), Algonquin Park (a canoe camping destination), Stratford, Ontario (home to the theatrical Stratford Festival), and countless other spectacular natural features such as the Elora Gorge. 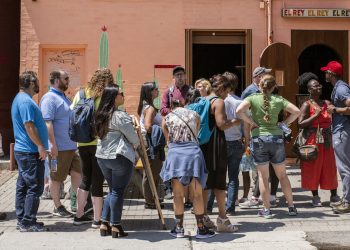 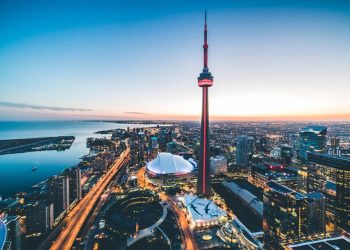 40+ Of The Best Things To Do In Toronto This Winter 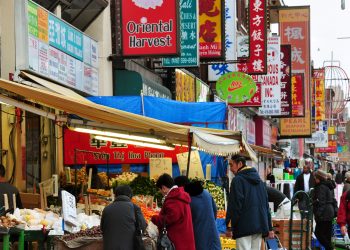 Chinatown Toronto | 13+ Exciting Things to Do in | Local Tips 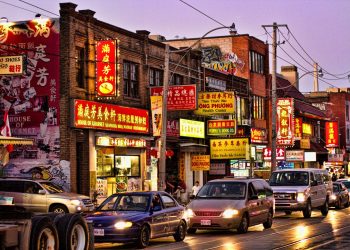 12+ Chinatown Restaurants You Must Eat At in Toronto 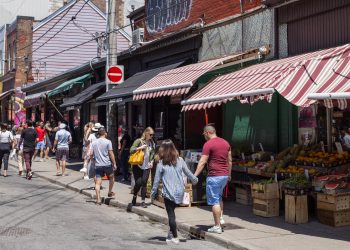 20+ East End Things to Do Near Riverside and Leslieville Toronto 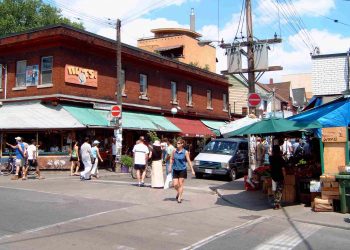 The 15+ Best Kensington Market Restaurants You Have to Try

25+ Spectacular Things to Do in Downtown Toronto 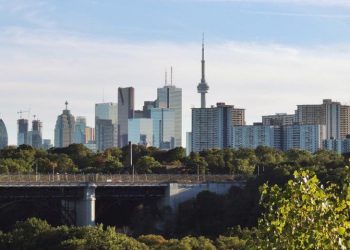 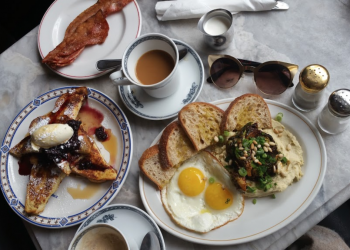 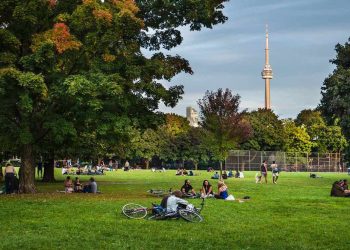 Trinity Bellwoods Toronto | 35+ Incredible Things To Do in 2022 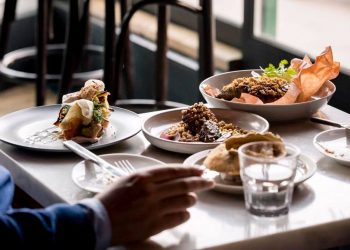 The 17+ Best Ossington Avenue Restaurants, Bars and Places to Eat 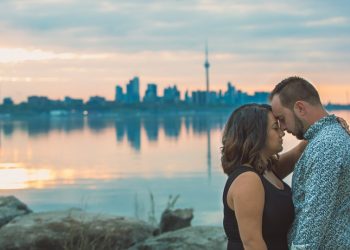 12+ Romantic Toronto Date Ideas For Spending Time With Someone Special 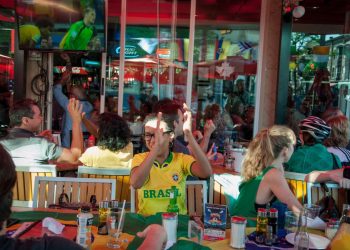 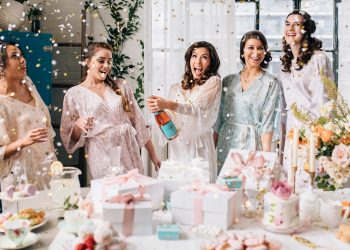 23+ Awesome Toronto Bachelorette Party Ideas for Every Type of Bride 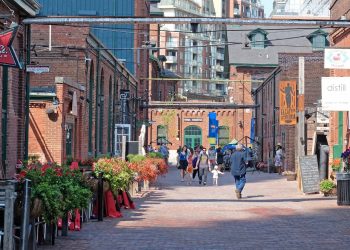 24+ Interesting Things to Do in Toronto’s Historic Distillery District 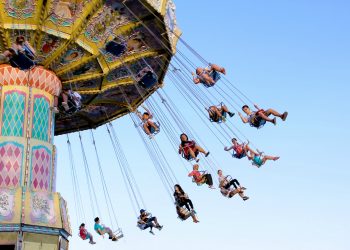 18+ Incredibly Fun Things to Do With Kids in Toronto 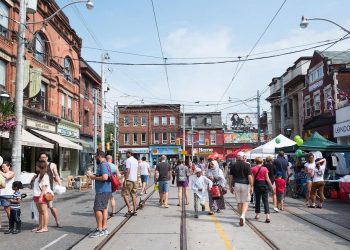 30+ Top Things to Do in Cabbagetown Toronto