When it comes to bagels, Montreal has a lot to say. If you want to join in on the conversation, here are 12 secrets you probably didn’t know about the world famous St-Viateur Bagel bakery.

When it comes to bagels, Montreal has a lot to say. If you want to join in on the conversation, here are 12 secrets you probably didn’t know about the world famous St-Viateur Bagel bakery.

Take the North Beach/Little Italy Food Tour and discover the foodiest neighbourhood in San Francisco. INCLUDES: 6+ food stops including the Italian Delicacies and the best coffee in town

She St-Viateur Bagel is the number 1 iconic symbol of Montreal’s culinary universe. Climbing up the food echelon to reach Montreal must-have heights of the poutine variety, bagels attract everyone from the hungry dude next door to Anthony Bourdain. I personally represent the bagels-were-a-staple-of-my-teenage-diet kind of St-Viateur bagel eater. That’s why meeting Robert, one of the three owner brothers, was such a treat.  After personally thanking him for feeding me as a hungry kid, I asked him to fill me in on some of his St-Viateur bagel secrets.

Here are 9 secrets about St-Viateur bagel that’ll make you fall in carbfatuation all over again.

12. St-Viateur Bagel employees can’t agree on the “right way” to eat a bagel.

If you’re a Montrealer, you can skip down a few lines. But if not, here’s a little secret the locals already know… the real way to eat a bagel. General manager Saoul tells me he’s weak in the knees for it: dipping a fresh steamy sesame seed bagel straight into a pot of cream cheese, using the bagel’s crisp, sesame-laden edges as veritable cream cheese scoops. Eliminating the middle man has never felt so good! After all, it is the food equivalent of ripping a lover’s clothes off out of impatient desire. Owner Joe tells me that he prefers the poppy seed bagels (blasphemous), and bagel master Frederic took  a very serious tone when instructing me to avoid all those “other spreads” and use only the real thing, salted butter.

11. Meyer Lewkowitz, the man behind St-Viateur Bagels, was a Holocaust survivor.

The man behind the bagel is as legendary as the bagel has become. Originally from a Jewish village near Krakow in Poland, Meyer is a Holocaust survivor. He survived camp Buchenwald, after which he stayed in Germany. It’s there that the Jewish Immigration Aid of Canada found him and brought him over to Montreal. He’s quoted as saying “At Buchenwald, all I wanted was a piece of bread.” Not only did Lewkewitz survive the war, but he created the pinnacle of his own bread dreams: the world’s best bagel. Upon arriving to Montreal Lewkowitz found a job at a bakery on St-Laurent. It’s here that he learned the ins and outs of the bagel world, and started his own shop in 1957.

Here’s a fun afternoon game you can play in the Mile End if you’re bored some day: try to spot all those who had a bagel for lunch. How, you ask? Check them for sesame seeds. Think that’s an outlandish proposition? Consider this: each sesame bagel is covered in approximately 1500 sesame seeds! Hansel and Gretel aint got nothing on the trail a bagel can leave behind. It’s no wonder Joe, one of three brothers, has what some would call a “sesame seed phobia”. Rumour has it that when he does his round at the bakery, he’ll eat his bagel (with melted cheddar, fyi) and if something feels off he’ll say: “The seeds! Check the sesame seeds!” When you have 1500 of anything, you’ve got to make sure it’s perfect.

Considering that 85% of sales today are sesame bagels, it’s surprising to find out that when this bagel business all started, poppy seed was the primary bagel variety. Bagel-buyers weren’t interested in the bland looking sesame kind. But when the price of poppy seeds sky rocketed, the owner, Mayer made the switch to sesame, forever changing the Montreal bagel as we know (and love) it today.

8. The true story behind their Open 24h a day policy.

St-Viateur Bagels wasn’t always open 24 hours a day. In fact, it wasn’t even the owner’s idea to keep it open late! It was Haim, one of the bakery’s first employees. Haim was so passionate he’d stay at the bakery until the clients stopped coming, even against St-Viateur Bagel founder Mayer’s wishes. He would tell Haim: “At 6 o’clock, you go home. Don’t stay here.” But Haim, stubborn and passionate, had a different idea: to stay until the bagels stopped selling.  And hey guess what: they never did.

7. There’s actually a secret time of day to eat a bagel…

We’re all familiar with the me 24h McDonald’s drive-through excursion and the 3am post-bar pizza slice. But a 24h bagel shop? That’s a truly novel Mile End affair.  At night, “it’s a different crowd, it’s more locals”, owner Robert tells me. “It’s like a hangout spot in here. People eat their bagels over the fridge, in the entrance, everywhere”. When I ask him if this bothers the staff, he laughs: “Not at all. That’s what it’s all about.” I mean, a bakery turned into an after hours snacking spot? Yes please. I asked around, expecting to hear a few crazy night time stories. But nobody had anything bad to say. Robert says “It’s something about the smell of fresh bagels… it puts everyone in a good mood”. So that’s the trick folks, warm bagels.

So I went out on a limb and told Robert about my night time teenage adventures. How after a night of partying with friends I would stumble into St-Viateur Bagel, without a penny, and ask if they had any free bagels (rumour had it that these were the ones that had fallen on the floor). Employees would without hesitation, turn around, reach into this white box, and hand me my carbohydrate sustenance for the next few hours. When I was done telling my bagel-love-story, Robert just smiled at me and said: “That box is still there. We give to whoever asks”. It turns out those are day old bagels, and since nothing goes to waste at St-Viateur Bagel, what better to do than to save them for a person in need?

5. They give to charity. Constantly.

When he said that he gives to whoever asks, Robert didn’t just mean individuals. St-Viateur bagel is also really big on donating to charities, and they’re especially interested in supporting the local community. Schools, festivals, and organizations such as the YMCA and Share the Warmth are regular recipients of these doughy godsends. After I was done sharing my excitement over the bakery’s generosity, Robert responded in the most genuine manner, “It’s the least we can do for our family. It’s them who put us on the map”. Yep, he’s talking about locals.

Walking into St-Viateur Bagel is a lot like walking into a hall of fame. To your right, a slew of famous newspaper and magazine articles paste the walls like vines that are all too happy to keep growing upwards.  Pictures of celebrities cozy up against one another, with barely any room to spare. How exactly does that happen? Believe it or not, Duddy Kravitz can take credit for this one. The 1974 film has a bagel scene shot at St-Viateur bagel. This got people curious about bagels, and fans of the film came travelling to the soon to be hotspot.

3. You can order St-Viateur Bagels from across the border.

That’s right! If you head to their “online bakery”, you’ll be asked which country you’re ordering from. Goes to show how in demand these babies are.

2. The bagel pros compete between each other.

Pictured above are the bagel masters themselves alongside culinary hero, Anthony Bourdain. You can almost see it on their faces that they earned their spot! There’s even a plaque on the wall you can see, from the last competition’s winner: 37 quality bagels in one minute! The rules are strict though: they can’t be mini bagels, and they have to be a real circle, not a strange C shape.

1. Becoming a bagel master is kind of like getting a Karate black belt.

We wanted to know what it takes to become a bagel master. Here’s what we found out. First, you’ll need a good, lavish dose of bagel appreciation. Then, you’ll need to dedicate the next 6 months to a year of your life to perfecting your bagel making skills. Yep, that’s how long it takes to become a bagel slayer. During this time you will master the perfect bagel size, cooking time, and wood oven technique. Not everyone was born to roll bagels though: small hands mean small bagels, big hands mean big bagels. And what we’re after? It’s that mystical St-Viateur Montreal bagel in between size. 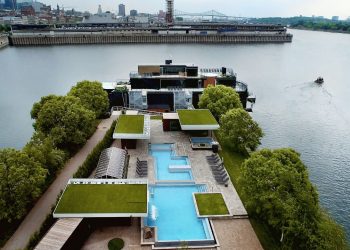 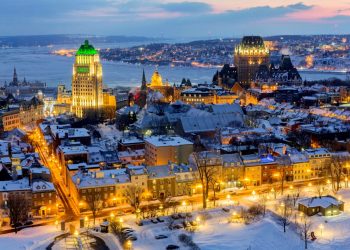 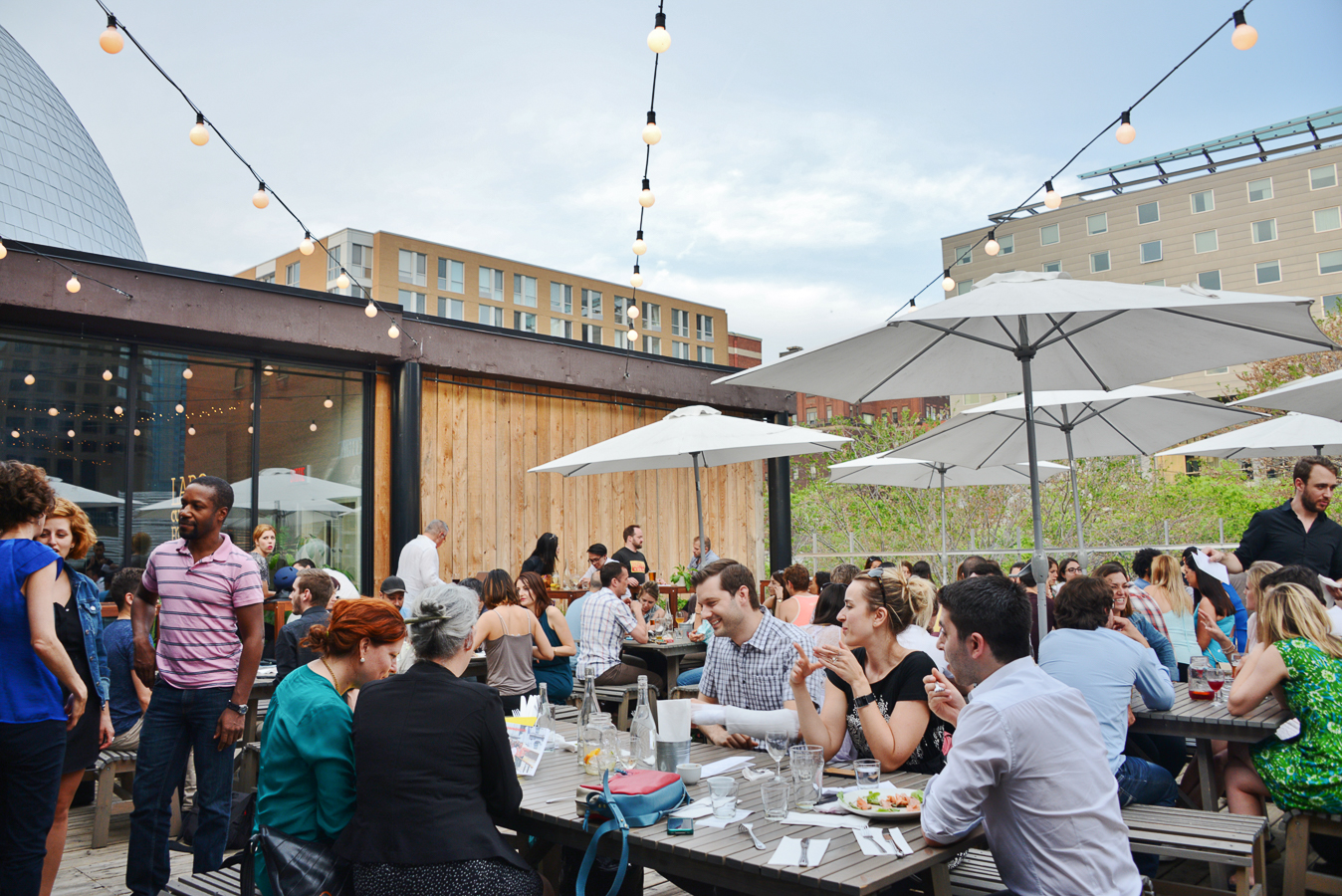 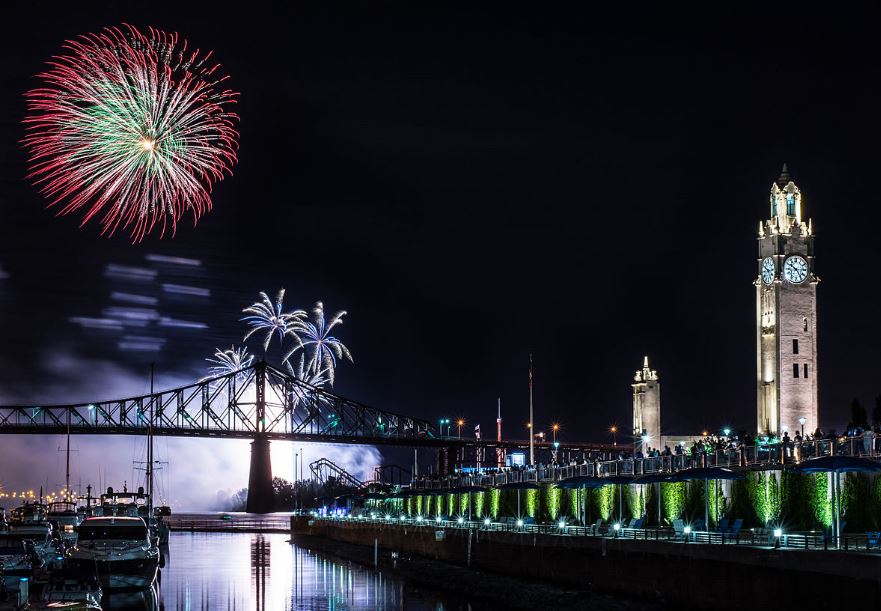 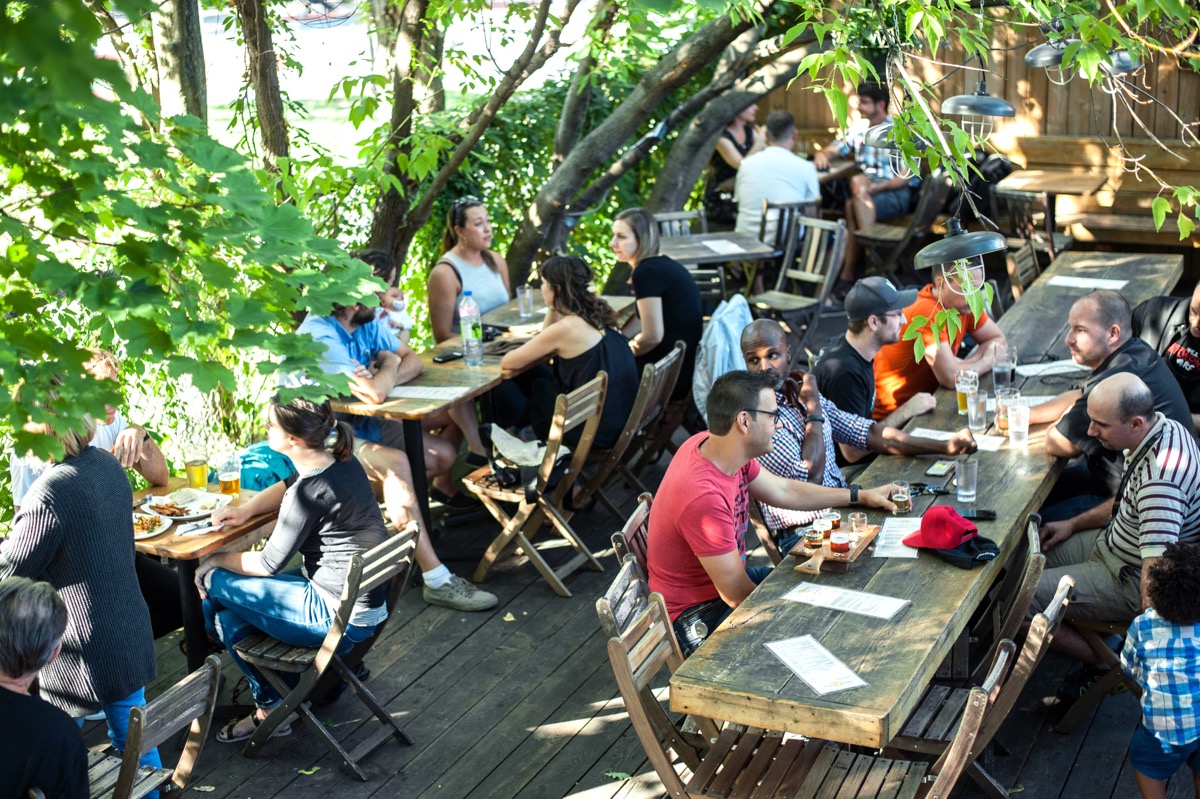 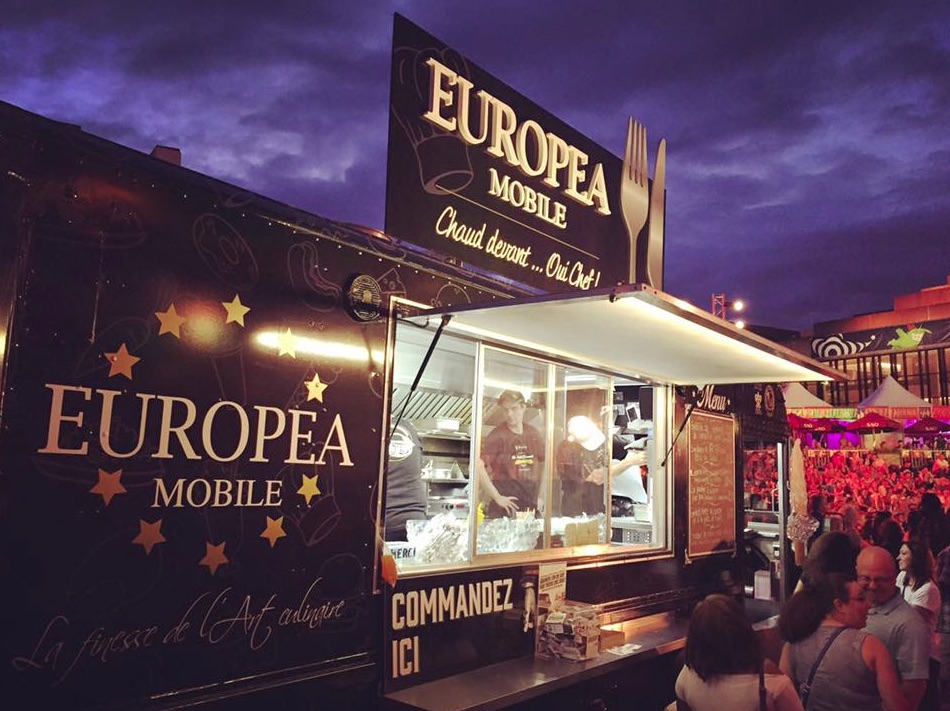 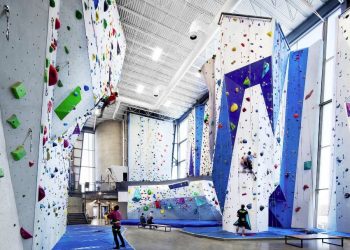 17+ Amazing Things to Do in Montreal with Kids [All Seasons] 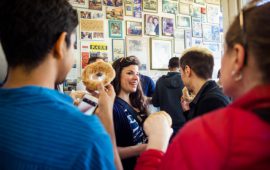 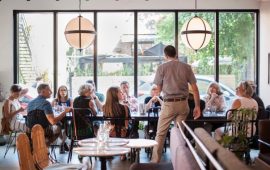 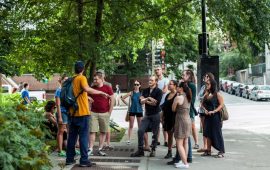 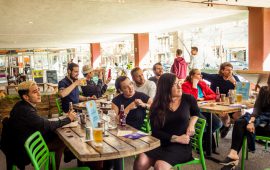